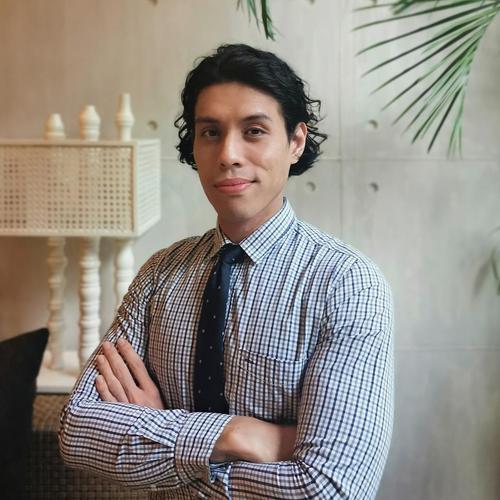 Talks covered by this speaker

From Diversity to Unity: Bridging the Cross-Cultural Gap

Have you got yours yet?

Our All-Access Passes are a must if you want to get the most out of this event.

Felipe Joaquin “Quino” Reyes is a lawyer, yoga teacher, and LGBTQI and HIV advocate based in the Philippines. He previously worked as an associate in a Manila law firm and as in-house counsel for a media conglomerate. He currently maintains a solo corporate, commercial, and property law practice while also working for their family real estate business.

Quino has been practicing yoga for more than ten (10) years and has been teaching for more than seven (7). He leads Vinyasa and Power yoga classes and workshops for various yoga studios in Metro Manila, as well as for Yoga For Life - a non-profit organization that serves people living with, or affected by, HIV - of which he is the current President. As a community of yoga teachers, counselors, HIV advocates, and supporters, Yoga For Life offers yoga, meditation, and related practices as complementary therapy for people living with HIV.

Quino is a founding trustee of the Philippine LGBT Bar Association - a group of LGBTQI lawyers that aims to end stigma and promote diversity within the legal industry as well as provides legal resources and support for LGBTQI-related cases and public policy initiatives.

Quino is the legal counsel and an Executive Board member of the Philippine LGBT Chamber of Commerce - a federation of LGBTQI professionals and LGBTQI-owned and allied businesses and organizations. The Chamber operates various projects that foster diversity and inclusion in the workplace and promote LGBTQI contributions to industry and society, including SOGIE trainings and studies, election guides, film development, and a radio show.

Your logo could go here!

If you'd like to get your brand in front of attendees following the categories this speaker is talking about (on this page, via email and during each talk) contact us.
We use cookies This website (and some of its third-party tools) use cookies. These are important as they allow us to deliver an exceptional experience whilst browsing the site. Learn more about our cookie policy. By closing this banner, scrolling, clicking a link or continuing to browse, you agree to the use of cookies. Accept
I need help
No I need help
No I need help